Tower Records Sunset is stripped from the world-famous boulevard, with only rockin’ memories left in it’s shadow.

Opened in 1971 and shuddering in 2006 when the company went bankrupt, Tower Records Sunset is unarguably the iconic brand’s most famous outlet.

Situated in the heart of the Sunset Strip’s Rock Row, mere steps from the Whisky A Go-Go, its exterior’s vibrant yellow and red color scheme and huge colorful album cover replicas added to the vibrancy of the world-famous boulevard.

The former record shop at 8801 Sunset Boulevard also hosted some of the most unique rock events, concerts, and record release parties for every superstar from Mariah Carey and Shakira to Ozzy Osbourne and Rob Zombie

Plus, while browsing through the racks at Tower Sunset, it was not uncommon to see rock stars like Henry Rollins and Slash checking out the latest releases.

Once Tower Records Sunset closed its doors forever in 2006, the building was utilized for everything from a pop-up art gallery showcasing work by The Cult guitarist Billy Duffy to interactive walk-through mazes promoting shows like Roswell and the movie Captain Marvel.

Most recently, the Tower Records Sunset location was used as the setting for the Hulu movie Pam & Tommy.

The local landmark is a protected historic institution that somehow ended up completely losing its shell recently thanks to lax protections and a new directive by its new retail proprietors.

Earlier this week crews began dismantling the walls and famous storefront. Despite its historic value, the building was forever changed and is unrecognizable as the famous yellow and red square building that was an unforgettable part of the Sunset Strip cityscape since the early Seventies.

Popular clothing and sneaker shop Supreme is the space’s new proprietor. It’s kind of ironic that in order to showcase their mammoth sneaker shop, Supreme completely removed the sole, er soul of the Sunset Strip.

Tower Records is still the toast of the town, even if it’s only in spirit.

The landmark location where the famous Tower Records Sunset once stood in the heart of the Sunset Strip has gotten another exterior makeover today.

Gibson Guitars still owns the joint, but the outside is now draped in the guise of a giant bottle of Casamigos.

END_OF_DOCUMENT_TOKEN_TO_BE_REPLACED 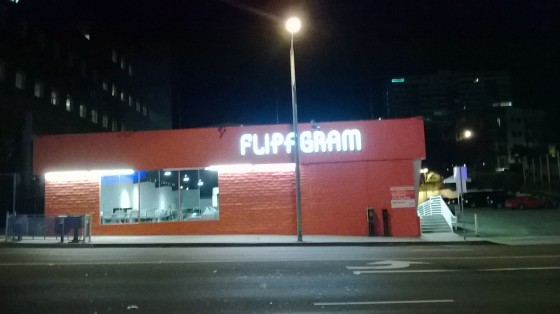 WeHo has gotten yet another facelift! Innovative start-up Flipagram is bringing some youthful, edgy ambiance back to the old Tower Records Sunset location as the newest proprietor of the famous property in the heart of West Hollywood.

After Tower toppled in 2006, the shell of Tower Records Sunset at the corner of Sunset and Horn had it famous yellow and red exterior painted over numerous times in various shades as it housed a few different businesses of varying success. 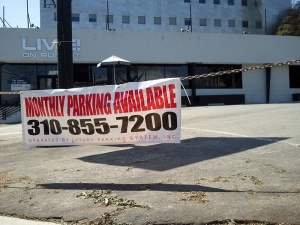 Live on Sunset clothing store settled into the warehouse-size building for a few years before calling it quits in 2013. The site then became a random parking lot for a few months before a Halloween costumes pop-up shop rented the space last fall.

Flipagram set up shop on Sunset in June after launching online late last year. The good news is that the company seems to have a lot more in common with the former record retailer than other businesses that were housed at the old Tower location. Music-focused Flipagram lets users synch their choice of hit songs to their cell photos to create “short video stories” via the free app. It’s kind of like Instagram but with an added dose of cool courtesy of some Motley Crue or Def Leppard. And what could be better than sharing your photographs synched to “Photograph”?!?