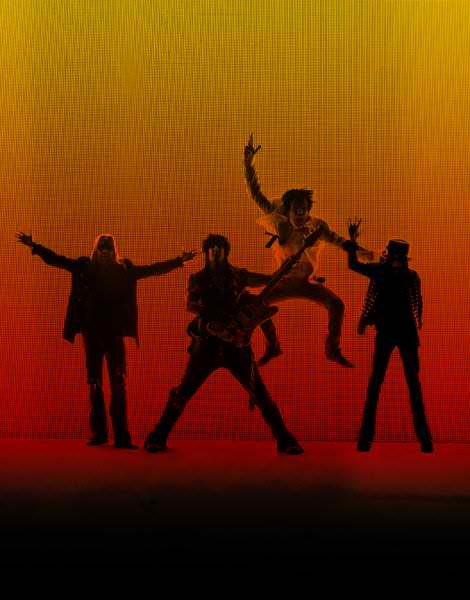 Summer is about to get a whole lot louder beginning July 17, when Motley Crue releases its titillating new single, “Sex.” The new track drops three days before the Hollywood band kicks off a co-headlining summer tour with KISS on July 20.

Although this is great news for fans, unfortunately, “Sex” is just a random one-off  release to hype the tour, but the band has no plans to release a new album anytime soon. In other words, “Sex” is kind of a one-night stand as far as new Crue music goes.

Motley’s mega-talented drummer took to the Crue’s Facebook page recently to lash out at fans – you know, those folks that have helped to make the L.A. band the biggest thing in rock music for nearly 30 years – who have the gall to ask for a photo should they have the awesome once-in-a-lifetime fortune of running across Lee in public and want a cherished memento of one of their heavy metal heroes.

“I f–king LOVE my fans!” Lee asserts before kicking off his pitch for privacy. “…What I have a problem with is…Taking pictures! I hate it! Irritates the f–k out of me when people say…you owe it to your fans, they put you where you are, etc etc! I certainly dont owe anybody anything! ..wtf people? You dont admire something so that it can give back… You just cherish it! And to those who say..you should be grateful that people wanna take your picture maybe one day they wont want it!…. That day cant come soon enough! BTW..I’m not here to take pictures with you, I’m here to entertain you!”

Now, it’s understandable that Lee wants to enjoy his private time when he’s out in public having lunch with his family, or, as he reminds us in his Facebook rant, when he’s taking a whizz at a urinal. That’s not an issue, and he deserves that respect. But…his rant is rather harsh, and it would have been a bit more respectable to his fans if he tossed in a footnote about when he might be a bit more open to chats with fans and allow a photo should someone who has worshipped Crue for decades crosses paths with one of the band’s members in public – at the beach, the Venice boardwalk, shopping at Guitar Center Sunset?

To his credit, the “Home Sweet Home” songwriter does mention that he’s OK with fans saying hello – just don’t even think about whipping out that evil cell phone camera.

“The fastest way to get me to leave is whip out a camera!” he writes “Maybe just say hello and I’ll probably take ya home with me! Well I’d have to ask my girlfriend first! Hah!” ads the self-professed “Picture Taker Hater!”

Lee’s cranky open letter to his “fans” won’t deter us at SunsetandClark from continuing to support and go to see one of our favorite bands in concert whenever they’re in town. But as longtime die-hard Crue fanatics, we were a bit disheartened by the random rant and hope Lee loosens up a bit when it comes to interacting with fans.