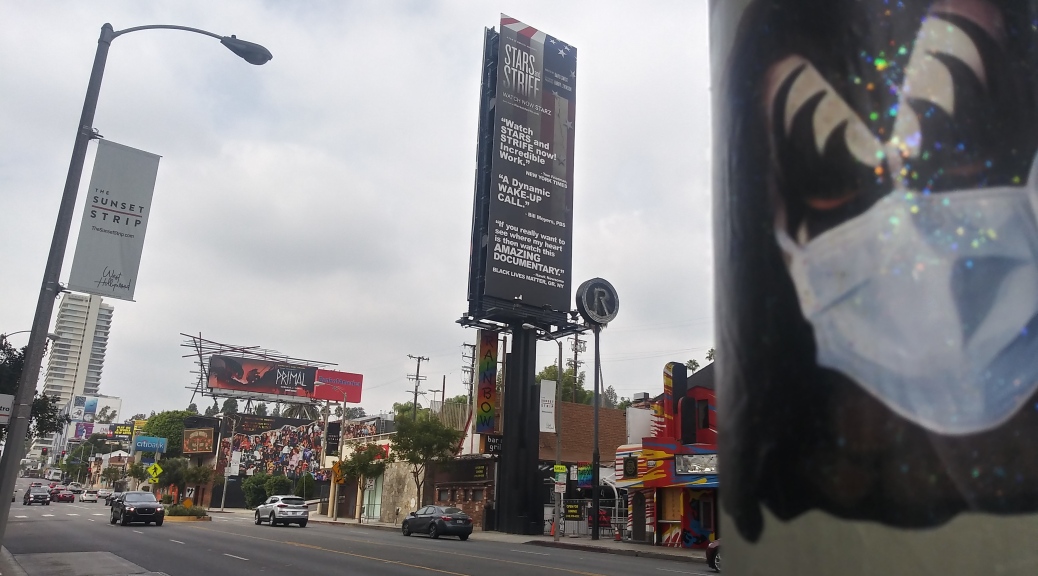 In 2020, the Sunset Boulevard scene–from Rock Row to Dodger Stadium–has dramatically changed as a result of the pandemic and the nation’s turbulent political climate. And the changes extend beyond just the physical sense of seeing the famous, once-glamorous and vibrant landscape covered in bland blonde plywood and political graffiti.

The biggest impact is the deafening silencing of the world-class live rock and roll music that always seemed to be a ubiquitous part of the Sunset Strip. Regardless of when you visited Sunset’s Rock Row, there was always an exciting rock and roll energy and spontaneous soundtrack permeating the legendary thoroughfare and creating an intrinsic connection with visitors. 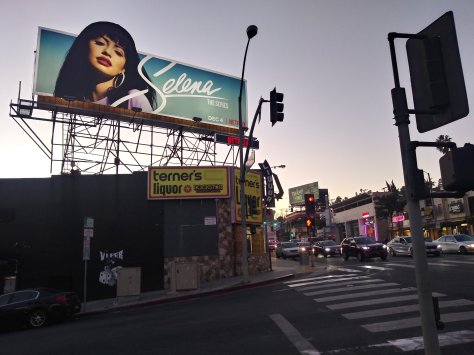 Until this year, there was always music in the night air, whether it was the power chords of superstars like Lita Ford or local faves like Budderside emanating from the Whisky A Go Go, or the rockin’ retro sounds of Missing Persons or L.A. rockers Warner Drive (pictured below) shaking the foundation of the Viper Room.

However, while the temporary closure of the Whisky, Viper Room and Roxy is tough on everyone, there is some good news.

END_OF_DOCUMENT_TOKEN_TO_BE_REPLACED

During these turbulent times, it’s now that we can certainly use live music as a healing process and to combat the isolation caused by the lockdown. So, it’s especially unfortunate that the Troubadour, one of my favorite local live music venues, has remained empty for months due to the pandemic.

Recently, one of the nightclub’s promoters was on the local news lamenting about struggling to keep the landmark concert venue afloat during these unfortunate times. And like most music fans, I certainly feel the pain of these promoters and clubs that strive to continually bring in quality artists that are keeping rock n’ roll alive.

END_OF_DOCUMENT_TOKEN_TO_BE_REPLACED

Metal-Loving, Groundbreaking Urban Artists–and a Few Superstar Creatives–Are Turning L.A. into the Guerilla-Art Capital of the World. Eat Your Heart Out, East Village

Hanging out in NYC’s East and West Villages in the ’80s/early ’90s, it wasn’t uncommon to spot cool and edgy urban art left by creative transplants like Keith Haring and Mark Kostabi and locals like SAMO/Basquiat and Robert Longo. (Nowadays, you can still find some of these celebrated artists’ sidewalk carvings and fading murals throughout NYC, if you know where to look.)

Take a virtual tour below of these and other artists’ amazing artwork that Sunset and Clark has stumbled upon over the past few years during our travels up and down the Sunset Strip, from the PCH to DTLA, and throughout the Southland. A few world-renown artists, including the edgy and awe-inspiring Banksy, Kenny Scharf, Retna and Shepard Fairey, also gifted the City of Angels with colorful original creations, both sanctioned by the city and guerilla-style. Check ’em out and get inspired by awesome artworks that all share a rock and roll edge. 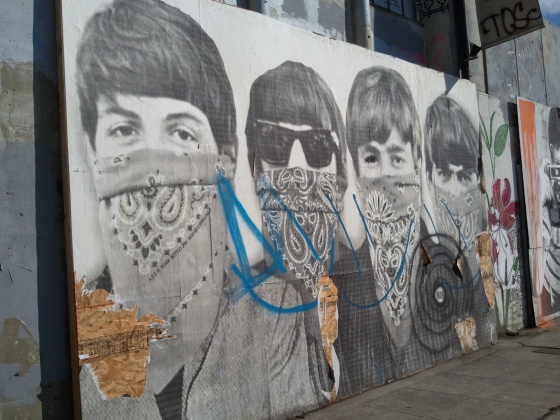 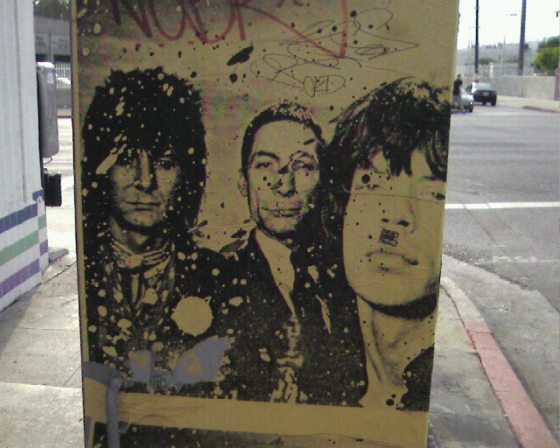 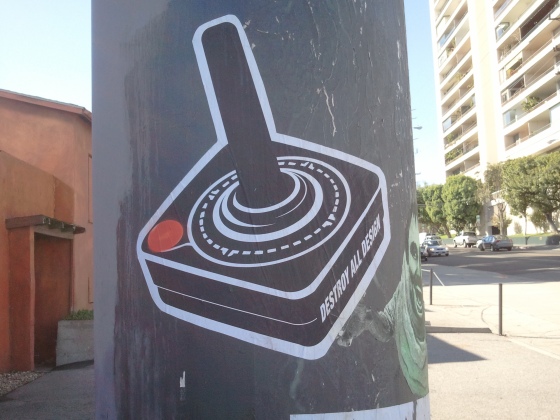 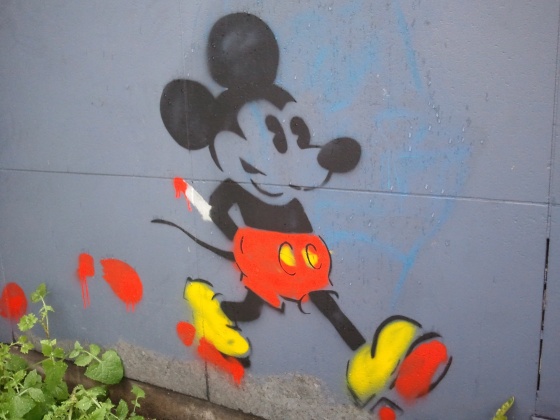 END_OF_DOCUMENT_TOKEN_TO_BE_REPLACED

Spotted this freshly posted “Super Street Art” by mysterious art ninja EmSixFive while stumbling home from the Rainbow this evening. The nostalgic ode to hot rods and model car kits covers part of a utility box near the front of the Roxy.

The rockin’ monochromatic graphic captures the essence of an era so vividly that it got us reminiscing about those old model car kits that took all afternoon to build. Then as soon as you proudly placed it on a shelf, its wheels fell off, leaving you with nothing but a mess and fingers you couldn’t separate.

But the residual high from the glue usually made it all better.

We noticed the curious graphic above on the back of a Sunset Strip stop sign and thought it was cool. Later, we randomly spotted it again in another format and were truly impressed.

Ingeniously, the mystery artist adhered the graphic to a fence in front of the legendary Sunset Tower hotel, dissecting it so that it organically forms into a cohesive image as you pass by. Priceless! Check it out below. 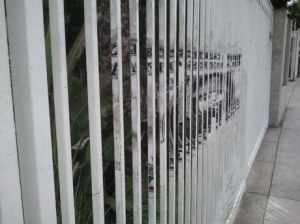 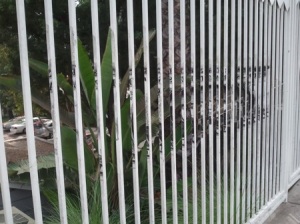 Austin-based artist Becca Midwood has been busy over the past few months art-bombing her way across the country, gifting cities with some very cool original art, including the large, colorful painting above, which we discovered recently in West Hollywood. The colorful life-size foxy lady covers a door on a shop across the street from the legendary Troubadour, near Santa Monica Boulevard and Doheny.

We spotted another original piece by Becca earlier in the summer, when we posted about her smokin’-hot hand-painted art that still adorns the side wall of the Sunset Strip’s Viper Room. Other work — both street art and murals commissioned by the Viper Room — have covered the wall on Larrabee Street over the past few months, but Becca’s sexy image of a scantily clad rocker chick and her tattooed pink pal have remained untouched. Today, it sits beneath a huge mural of ex-Viper Room owner Johnny Depp. Check it out below.

See more of Becca’s L.A. area creations at Unearth Street Art and check out her interview with The Hundreds for the stories that influenced her hip and sexy pop art.

Prolific and stellar street artists Cyrcle have covered the side wall of the  Sunset Strip’s Roxy with a very cool, colorful political statement. Or maybe they just like flowers. Either way, congrats to Cyrcle on another very cool addition to the Sunset scene.

A slick street artist — and apparent fan of Poe, A Clockwork Orange, Rob Zombie (maybe) and everything Goth — has added some cool pavement art to the Sunset Strip in front of the Viper Room in West Hollywood. 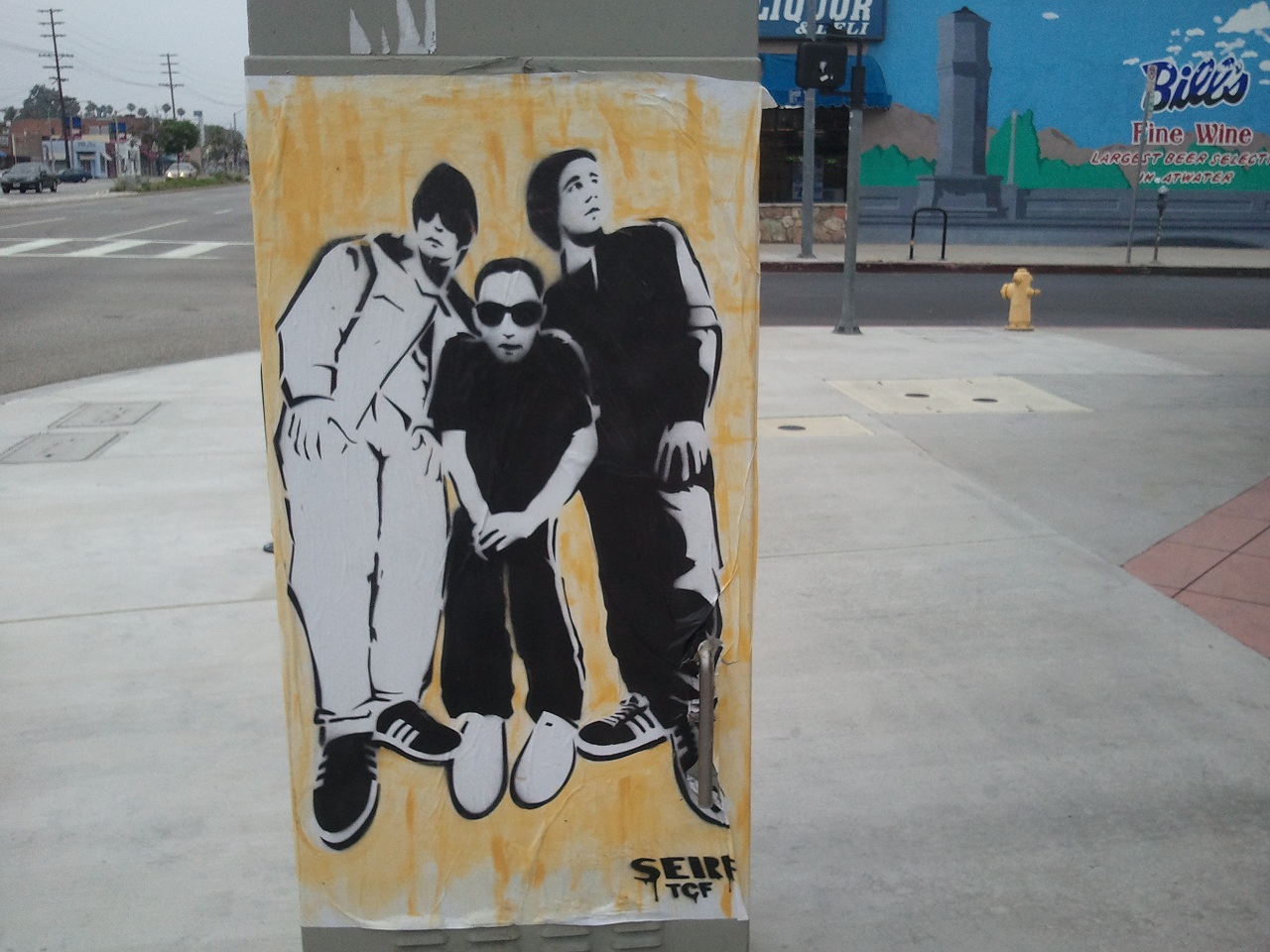 This (body)movin’ tribute to the Beastie Boys is a brand-spankin’ new addition to a utility box on Brand Boulevard just over the hill from Hollywood, in Atwater Village. R.I.P. Adam “MCA” Yauch.

The bland black side wall of the Sunset Strip’s Viper Room just got a whole lot more interesting thanks to popular and prolific street artist Becca, whose sexy “Ride or Die” graphic, above, adorns the popular rock club near its Larrabee Street entrance. Over the past few years, Becca’s original art has been popping up more frequently around town and has become an exciting staple of L.A.’s cityscape. 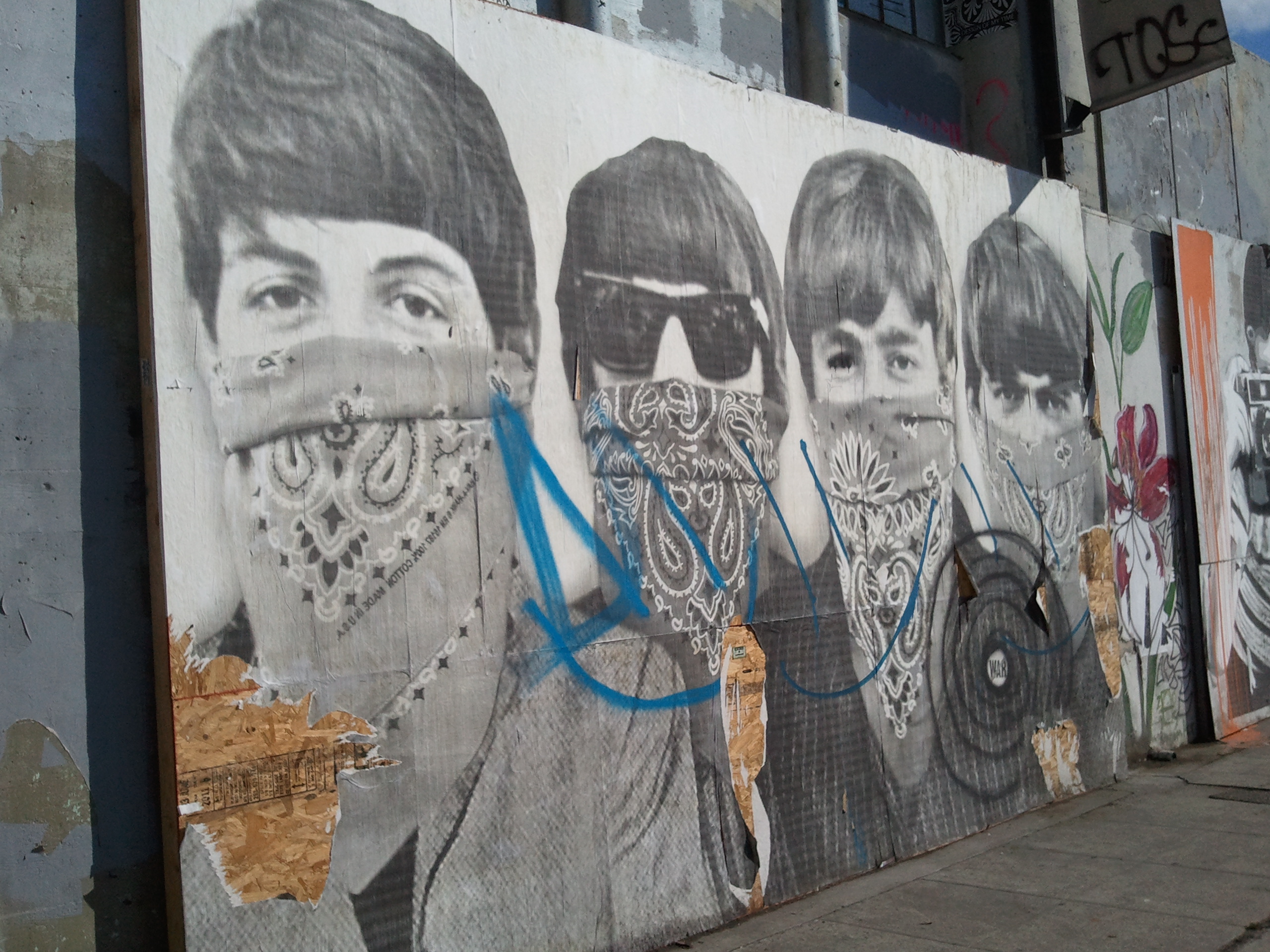 We spotted this rockin’ tribute to masked musical marauders Paul, Ringo, John and George on La Brea near Santa Monica Blvd. in Hollywood. We think the Brit icons would approve.