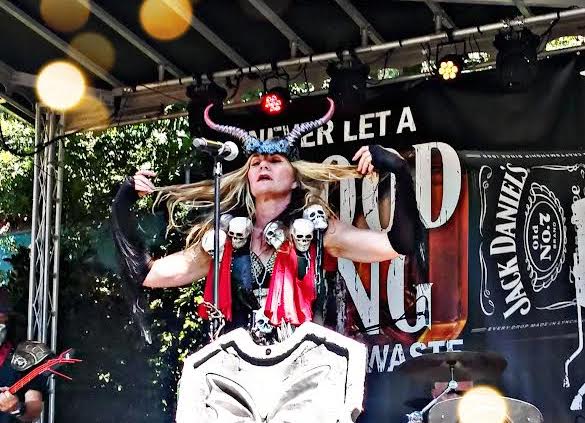 It’s been a hell of a wait but on Sept. 5, the Rainbow Bar and Grill welcomed back all the heavy metal you could handle with the triumphant return of its annual Backyard Bash, an all-day live concert event featuring national and local bands cranking out heavy metal hits in the parking lot behind the Roxy and Rainbow.

After having its spring events canceled twice and their fall event once, the Sept. 5 Backyard Back marked the first time the Rainbow is hosting a rock and roll party of this magnitude. And it did not disappoint.

The afternoon kicked off with a scorchin’ set from relatively new L.A. faves Black Sabbathitha, which cranked up timeless classics by the great Black Sabbath, including “Children of the Grave,” Iron Man,” and “Paranoid.”

It was a sweltering autumn afternoon that just got hotter as the day progressed. The sun was shining, the booze was flowing, the music was awesome, and as it got closer to Steven Adler‘s 8 p.m. headlining time slot, the place got packed. L.A. punk stalwarts The Dickies and Motochrist were also on the bill.

Down the street at the Whisky A Go-Go, the return of Quiet Riot had fans lining up three hours before showtime. Lines of headbangers stretched around both side of the Whisky’s front door. 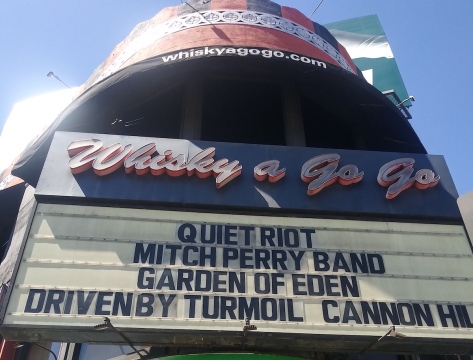 After months of Sunset Boulevard being eerily quiet, it was awesome to see groups of heavy metal fans partying up and down the strip as live rock and roll echoed loudly down the world-famous thoroughfare.

Dressed in Guns N’ Roses and Motley Crue shirts, they were hosting impromptu taligate parties in the parking lot behind the Whisky,  and hanging out in front of the Rainbow, which had a row of Harley’s in front stretching all the way past the Roxy.  It was a great thing to see Rock Row really rocking after all this time. 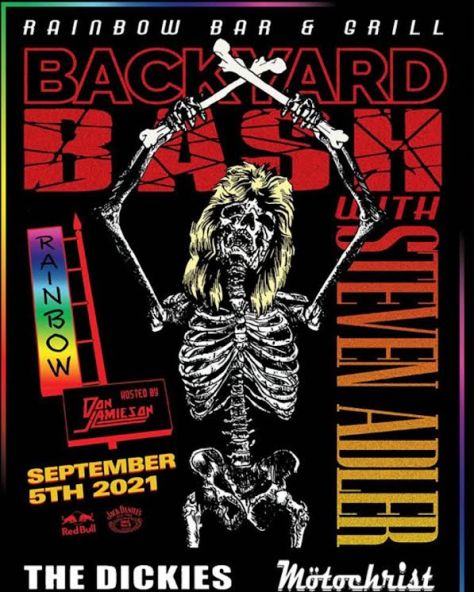 A big congratulations goes out to the Maglieri family for continuing to keep the Sunset strip alive with the spirit of rock and roll and turning out an awesome event during these challenging times. It was certainly nothin’ but a good time.