YOU WANTED THE BEST…SO WHY ISN’T KISS’ ‘FREEDOM TO ROCK TOUR’ SELLING? 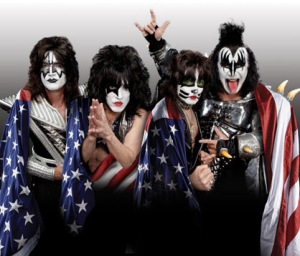 Armed with an arsenal of timeless hard rock anthems and high-energy sing-along hits, KISS has proved for four decades that the band can effortlessly pack any arena around the world. So, why isn’t the iconic group’s current “Freedom to Rock Tour” selling? Has KISS’ sonic boom gone bust? After 40 years as the hottest band in the land, have fans grown too tired to rock and roll all night and party every day?

When one KISS fan, Ron Valdes, went to Facebook and posed these questions about KISS current tour, which launched July 7 in Boise, Idaho, the response was overwhelming. Valdes accompanied his query about the tour’s poor ticket sales with screen shots of the seating charts from arenas across the country, which revealed that approximately two months after they went in sale, there are more seats available than sold at pretty much all venues. So, what gives? KISS unarguably still gives fans the greatest live show in rock, but why has the “Freedom” not even come close to selling out?

“This [was] truly depressing, an exercise in depression,” says Valdes about putting together his comprehensive Facebook post. The longtime KISS fan does however have a solution: “Two words can fix this tour: Ace Frehley,” he says with a laugh.

“Why play the same show every year?! Doesn’t make sense,” commented Jeff T., another member of the KISS Army who posted his theory on Facebook about the dismal ticket sales.

Dozens of KISS diehards have logged on to offer up their opinions on the matter, with many amending that the current line up pales in comparison to the original, and some surmise that perhaps the band tours too much without mixing up its set list.

“No Motley Crue, no Def Leppard, no real KISS, [that’s why there is] nobody there,” says Bill Wang, citing the lack of a decent support act on the “Freedom to Rock Tour” and the obvious absence of well-liked original members Ace Frehley and Peter Criss, who were replaced long ago with lead guitarist Tommy Thayer and drummer Eric Singer, respectively. Not helping matters is the fact that KISS chose American Idol Season 13 winner Caleb Johnson as an opening act. (Fortunately, ex-Motley Crue frontman John Corabi‘s band Dead Daises (pictured right) replaces Johnson from August 10 to the end of the tour on September 10.)

“They’re not the greatest anymore,” adds Valdes. “They are near 70 years old. Paul Stanley‘s vocals can’t hold up any more. They have been doing the same show for decades. It’s over.” 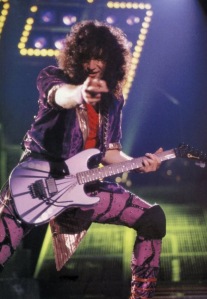 “They just couldn’t [retire] after the “Farewell [reunion] Tour,” so here we are,” says Jeff T. “Even Bruce [Kulick (right), who replaced Frehley for a brief period in the mid-80s to mid-90s] could get me to go if it was a no makeup show. I have a feeling Ace might get the call.”

There is a hint of good news in this dilemma, however. Fans that have attended shows on the “Freedom to Rock Tour” have unanimously posted glowing reviews on Facebook, calling the current your “outrageously fun” and “the best show ever.”

Also, controversy over the seemingly lax ticket sales could be premature, with things picking up closer to showtime.

“Wait for day of,” suggests KISS fan Marshall Harrod. “So far the shows have been packed.”

Fans have until fall to catch KISS live as the “Freedom to Rock Tour” ends with a bang on September 10 in Huntington, West Virginia.

Check out the tour dates for the remaining shows below.