Legendary Sunset Strip rock refugee Cherie Currie posted a Facebook update late Tuesday about her long-awaited new album, which was due in 2011 but had been pushed back indefinitely…until recently.

The Runaways singer’s last release was 1980’s Messin’ with the Boys, a polished pop-rock follow up to her 1978 solo debut, Beauty’s Only Skin Deep. Recorded with her twin sister, Marie Currie, Boys includes the dynamic duo’s killer cover of the rock classic “Since You Been Gone.” 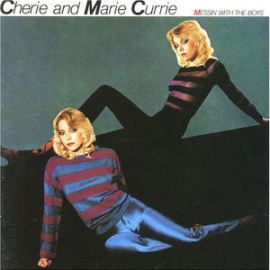 “Just got home from another mixing day on my new record… IT’S SO F-ING FANTASTIC!!!!” Currie posted on October 9. “Never in my wildest DREAMS did I think is would be THIS AMAZING!! Thom Panunzio is mixing it. Yes, the legend and Matt Sorum has done an absolutely incredible job making this record! I’m SPEECHLESS! Thank you Kenny Laguna for getting Thom involved in what will be the greatest album I have ever participated in!! We are releasing the beginning of next year!!!”